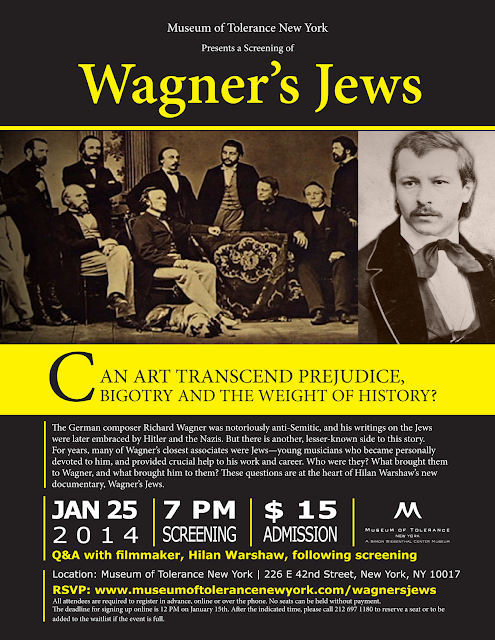 If you missed the previous screenings of Hilan Warshaw’s documentary, ‘Wagner’s Jews’ see my article, you have another chance to catch this screening, at the Museum of Tolerance New York:  please click on  the poster for details
Read More

Not surprisingly, the 2013 Bicentenary of German composer Richard Wagner’s birth saw a whole range of commemorative cultural activities. One of the most interesting contributions to the debate about Wagner’s well-documented anti-Semitism is Hilan Warshaw’s new documentary, “Wagner’s Jews”. The 55-minute film was recently presented by the Wagner Society of New York at Columbia University’s Barnard College. Filmed on location in Germany, Switzerland and Italy, Warshaw focuses on Wagner’s complex relationships within his immediate...
Read More