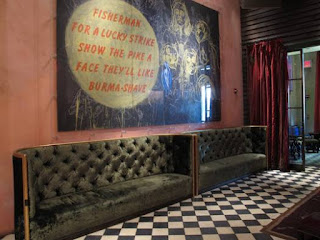 The launch of Get Classical at the Rose Bar, an intimate evening of classical performance and commentary over aperitifs, brings the grandeur of the 19th-century salon to the 21st-century lounge.

Hosted by Ilona Oltuski of GetClassical.org, Get Classical reflects a changing cultural landscape within the classical scene and reaches out to a new listener, creating a bridge between the relaxed sophistication of the wet bar and the formality of the concert hall.

Merging the contemporary and traditional classical worlds, Get Classical carves out a new space, revitalizing this very important part of our city’s culture. 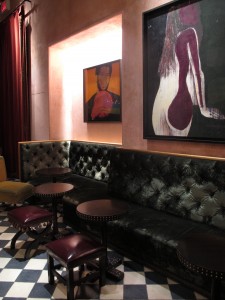 Many thanks to Yamaha for providing the piano and to the Gramercy Park Hotel and the Rose Bar for providing a stage for Get Classical’s vision. (Photo: Rose Bar)

Ilona Oltuski is a music journalist who, inspired by interviews and friendships with great musicians, founded the music blog GetClassical and her website, GetClassical.org, in 2009. Featuring intimate portraits of classical performers and their stories, and written by a blogger who is herself a lay musician, GetClassical prides itself on peering into the inner world of the artist and some of the developing trends within the world of music. 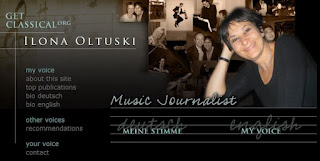 Terrance McKnight is the award-winning weekday evening host for Classical 105.9 FM WQXR as well as the Saturday night radio show, All Ears with Terrance McKnight. A pianist himself, and a former professor of music at Morehouse College, McKnight brings true expertise and personal enthusiasm to his discussions of music of all genres. 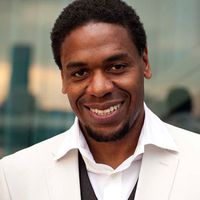 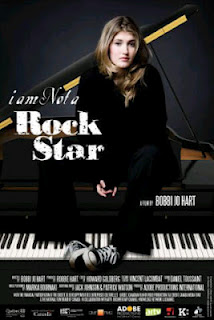 Marika Bournaki’s flourishing career as a concert pianist was the subject of the recent documentary I Am Not a Rock Star by Bobbi Jo Hart. Her ability to connect to audiences and present on stage as well as in front of the camera has led her to a variety of national and international broadcasts, such as NPR’s From the Top. Her DVD, Happy Birthday, Mr. Schumann, released in 2010, features her as soloist performing the Schumann Piano Concerto with the St. Petersburg Symphony and explores Marika’s feelings about being on the road as a performer.

Vassily Primakov and Natalia Lavrova founded their classical music record label, LP Classics, last year, focusing on both revivals of buried historical recordings and premiers of new, yet unknown performers. With an expansive recording history and a successful competition track record, Primakov enjoys a strong following and was honored with the 2007 Classical Recording Foundation’s Young Artist of the Year Award. His recording of 21 Mazurkas by Chopin was names a “Best of Year” by NPR in 2009. Lavrova, who has been his close friend since they met at Julliard and recently began collaborating with Primakov, is the founder of Music School of New York City, where she integrates her expertise in both the Russian and American piano traditions. 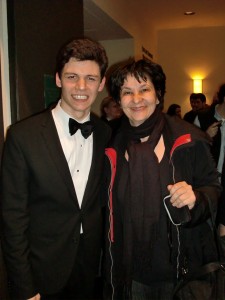 David Aladashvili’s extraordinarily connecting personality both on and off stage has already landed the young performer in the spotlight. Deeply inspired by his teachers, Jerome Lowenthal and Matti Raekallio, Aladashvili is a master’s degree piano student at The Julliard School and has performed in a variety of venues both in New York and in his native country, Georgia. Also a talented event coordinator—a talent he willingly brought to Get Classical at the Rose Bar—Aladashvili has acted as Julliard’s social chair on more than one occasion, as he did for Jerome Lowenthal’s 80th birthday celebration concert and an evening of Georgian music at Julliard’s Paul Hall. 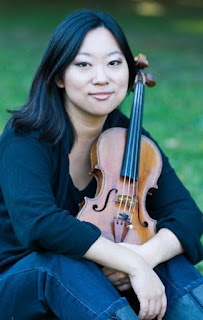 Violinist Angelia Cho of Salome Chamber Orchestra brings a young and sexy sound—and look—to classical music. A conductor-less string ensemble with a wide-ranging repertoire, Salome Chamber Orchestra changes shape often, its constellations transforming from duo to full orchestra depending on the concert. They will be featured in Alice Tully Hall’s May gala, hosted by Sting. Cho stays open minded and curious about music’s borderless reach beyond genres and geographic distinctions. 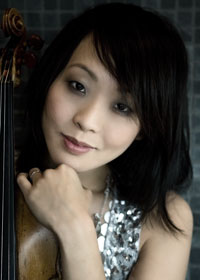 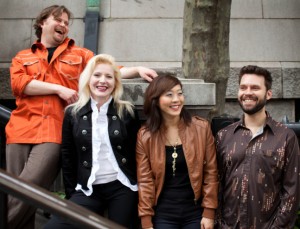 Violinist Jennifer Choi joined ETHEL a year ago. A post-classical String quartet, with a reputation for cutting edge performances of America’s contemporary composers, it has carved out a distinct resonance of their own. Choi was hailed by Time Out New York as “one of New York’s most reliably adventurous performers”.